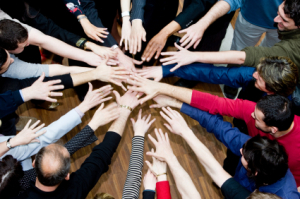 A class action is underway
A PR Newswire press release reports that a class action lawsuit has been filed in Los Angeles Superior Court against Cedars-Sinai Medical Center, GE Healthcare, Inc., and GE Healthcare Technologies. The suit is on behalf of patients who received several times the approved dosage of radiation during CT brain perfusion scans to diagnose strokes.

The suit is on behalf of all individuals who received a CT brain perfusion scan at Cedars Sinai Medical Center between February 2008 and August 2009, and anyone who received such a scan that utilized CT machines manufactured by GE Healthcare, Inc. and GE Healthcare Technologies at any medical facility during the two-year period preceding the suit.

The U.S. Food and Drug Administration had announced on October 8 that in an 18-month period, 206 patients at a "particular facility" had received radiation doses about eight times the expected level. In some cases, the FDA said, the excessive dose resulted in hair loss and erythema. The facility had notified all the patients who received the overexposure. Shortly thereafter, the Los Angeles Times reported that Cedars-Sinai was the medical center in question.

The press release on the lawsuit can be accessed at: http://www.prnewswire.com/news-releases/patients-receiving-high-radiation-at-cedars-sinai-file-class-action-lawsuit-64967352.html

The FDA announcement can be found at: http://www.fda.gov/MedicalDevices/Safety/AlertsandNotices/ucm185898.htm

The future of healthcare supply chain