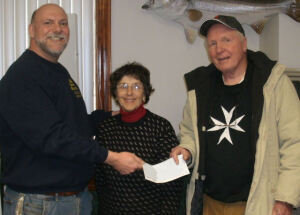 "When the earthquake hit, Dr. Lowney came to my office for equipment and supplies which we have been providing for the Haitian Health Foundation since 1999. When he visited I committed 10% of our profits from the month of February," Gaw said. Gaw supports the Haitian Health Foundation because they are a four-star rated 501c non-profit charity that serves those in greatest need. Dr. Jeremiah J. Lowney was born and raised in Fall River, Mass., headquarters of PRN.

Haitian Health Foundation was created 28 years ago by Dr. Lowney, a dentist. The foundation built a healthcare facility that serves 400 patients per day in Jeremie, Haiti on the southwest corner of the island. That number has increased as people moved from Port-au-Prince to the outlying villages after January's devastating quake.

Information on the Haitian Health Foundation can be found at http://www.haitianhealthfoundation.org/

When is the right time for nasal high flow therapy?

My interviews with Lillian Phelps and Christopher Malter