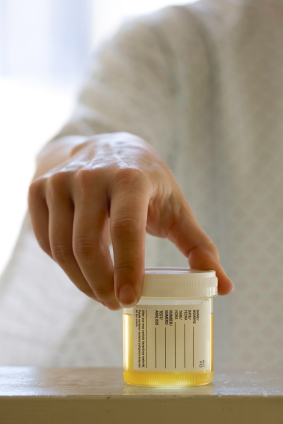 Researchers at Washington University in St. Louis have found that two proteins released in urine might be able to help identify 90 percent of kidney cancers.

In a study that appears in the journal Mayo Clinic Proceedings, the scientists found that patients with kidney cancer had 10 to 100 times the levels of the proteins aquaporin-1 (AQP1) and adipophilin (ADFP) in their urine than healthy subjects, when urine volume was controlled for. The levels of the biomarkers also decreased 90 percent in kidney cancer patients after they had their kidneys removed.

Critically, the proteins appeared in greater amounts in patients with kidney cancer, not just those with ailing kidneys.

"The biomarker concentrations of patients with kidney cancer are many, many fold higher, even for patients with some underlying kidney disease," Evan D. Kharasch, Ph.D., M.D., lead author of the study and a professor of anesthesiology at Washington University, tells DOTmed News.

This is important because previous urine tests proposed for kidney cancer would pick up all signs of kidney injury, not just cancer.

Doctors think kidney cancers often have such poor prognosis because they're often so advanced when they're found. A "silent" killer, more than 80 percent of kidney cancers are detected only by chance during an unrelated X-ray exam, according to the study's authors. By then the cancer has often already started to spread.

A urine test for the cancer, like the one in the study, could potentially screen for cancers earlier, and catch them before they metastasize or when there's still time for less invasive treatment, such as partial, rather than whole, kidney removal.

While it's not exactly clear why these proteins should indicate kidney cancers, there's evidence the tumors use them in some way.

"There are published studies which show that these proteins are up-regulated, or expressed in higher amounts, in kidney cancers themselves," says Kharasch.

But the test won't help find cancers in all regions of the kidney. The small fraction of kidney cancers originating in the distal tubules or collecting ducts, parts of the kidney anatomy, aren't linked with elevated biomarker levels, says Kharasch.

The current study looked at a little over 40 kidney cancer patients. A follow-up study already in the planning stage, with a larger number of subjects, should clarify how effective the test really is.

"We are currently in the process of developing a higher throughput analytical method for quantifying the biomarkers and doing additional clinical studies to validate these findings as well as an improved assay," Kharasch says.