Regenerative Medicine to Be a $20 Billion Industry by 2025 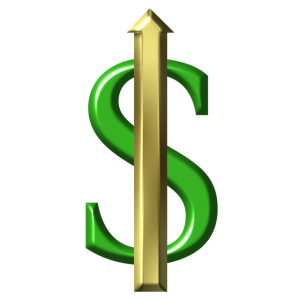 Regenerative medicine
to generate sales
Explosive growth over the next decade in the field of regenerative medicine could aid medical device companies looking to develop "delivery systems" for cell therapies, according to an analysis released last week.

The market for technologies that repair the body now stands at $1.6 billion, but could swell to $15-20 billion over the next 15 years, says Arshad Ahmed, partner of Scientia Advisors, a biotech and medical consulting firm, in a global market review.

While regenerative medicine conjures up mad-science images of growing batches of new organs or limbs - or even the infamous mouse with a human ear blooming on its back - the main focus of "regen" in the short-term will be on practical, specific clinical applications, Ahmed tells DOTmed News.

What these therapies might lack in sci-fi glamor, they make up for in potential clinical benefits to patients and time-saving in physicians' workflows.

For instance, currently, half of the revenues of regen comes from spine fusion applications, such as those supplied by Medtronic, says Ahmed.

These involve bone morphogenetic protein, or BMP, genetically modified human proteins that spur bone growth. It's delivered in a sponge or gel, and helps vertebrae fuse back together after certain kinds of spine surgeries.

Ahmed believes that BMP is a good model for future successful regen products, because it makes doctors' "workflow much simpler than the existing standard of care," he says.

BMP is only approved for some kinds of spinal fusion surgeries and a study last year suggested it was associated with a higher rate of complications. Still, Ahmed points out that it has been widely adopted by surgeons, because it has the potential to make "life much easier" by reducing the number of procedures performed in a back surgery.

For surgeries where doctors can use BMP, they can forgo the usual first step of removing a piece of the patient's hip bone, which they then have to grind to a powder and then re-inject into the patient's spinal cage during the surgery, to encourage healing - a role now taken over by BMP.

"The procedure is simpler and it takes less time for surgeons to do it, so they can see more patients," he says.

Patients like it, too, he notes, as they're spared an extra surgical step.

Over the short-term, Ahmed expects much of the new growth to be in peripheral vascular applications, where regen is helping the body repair damage to the vascular system.

One promising treatment possibly not too far from the clinic is being developed by Pervasis.
1(current)
2
3