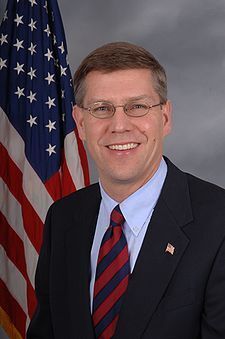 Rep. Erik Paulsen is on the medical
device industry's side
A Minnesota congressman introduced legislation on Wednesday hoping to overturn a $20 billion excise tax on medical device companies included in the health reform bills.

Congressman Erik Paulsen (R-MN), co-chair of the House Medical Technology Caucus, says he has 26 co-sponsors for the bill, the Defend Medical Innovation Act, according to a notice posted on his campaign website.

"Minnesota is one of the largest medical device alleys in the country, with tens of thousands of jobs in the sector. We can't afford lost jobs or stifled innovation," Paulsen wrote on his website in March.

Tucked into the health care bills, the 2.3 percent tax levied against medical device companies begins in 2013, and is set to raise $20 billion over the next ten years to help defray some of health reform's expected $940 billion cost.

Opponents of the tax say it will crush potentially innovative small companies and start-ups struggling to generate revenue, and that the medical device industry will already be hit by reductions in payment to hospitals and cuts to Medicare imaging reimbursements.

The current tax is half as steep as the one called for by earlier versions of the health bills, which would have raised $40 billion and started in 2011. It is also deductible from corporate taxes.

This is an election year for Paulsen, a freshman congressman from Minnesota's 3rd district, representing the western suburbs of the Twin Cities area, who claims to have raised about $1.5 million so far for his campaign, an order of magnitude more than his main rival, Jim Meffert of the Democratic-Farmer-Labor party.

Minnesota is a medical device manufacturing hub, and home to such industry giants as Medtronic and St. Jude. According to the Center for Responsive Politics, through PACs, employees or shareholders at Medtronic, St. Jude and Boston Scientific have all made small donations to Paulsen's campaign.

According to government figures, the medical device industry employs more than 350,000 people across the United States. In 2006, there were 8,500 device firms in the U.S.; production exceeded $90 billion.