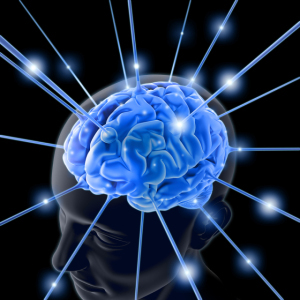 The full effect of "cogs" is unknown
It's 2:00 a.m. the morning before the midterm. Eager to ward off sleep, a student pops a couple of modafinils, a drug originally designed to help those suffering from narcolepsy to stay awake.

While many college students, truck drivers and even executives swear by it, might the drug cause long-term harm? Perhaps more significantly, does it even work the way its users believe it does?

"The main thrust is really to look at the science behind medications that have the potential to be used as cogs," Dr. Ruben Buehler, an organizer of the panel, The Challenge of Cognitive Enhancers in Medicine, told DOTmed News. "Usually, a lot of information about alternative or non-medical uses for the drugs out there that have potential at least as cog enhancers is without much science."

The practice of using cogs is widespread, even among the scientific elite. According to a 2008 survey by Nature, one in five of that magazine's readers use some form of cognitive enhancing drug.

"We try to understand as best as we can, the science-based benefits for other populations, even normal populations," Buehler said, such as "asymptomatic housewives that just want to better remember phone numbers."

In one of the talks, researchers discussed a drug that assists with up-take of serotonin, and is used for schizophrenia; some think it might also help alleviate mild cognitive impairment in aging brains. The drug could help raise levels of the neurotransmitter acetylcholine, implicated in both schizophrenia and Alzheimer's. But there's not a lot of hard evidence for its cognitive improvement effects, Dr. Buehler said.

"Acetylcholine, in particular, facilitates flow from one [neural] circuit to another. Not much more than that is really known," he said.

Surprisingly, the results so far for many of these nootropic, or cognitive enhancing drugs, at least in aiding student cram sessions, are pretty thin, Buehler said. "The evidence so far doesn't suggest they're particularly effective for performing better in the long-term in schools," Buehler said.

What does work? Exercise.

"Exercise I think is one of the best known [ways] to raise many of the neurotransmitters naturally," Buehler said. "In the presence of things like this we know are so good for the brain in a natural way, it seems silly to focus on pharmacological agents."
1(current)
2