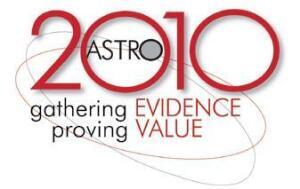 As this year’s American Society for Radiation Oncology conference and expo comes during a time of particularly acute economic hardship and uncertainty about the health care law, attendees of the 52nd annual meeting will hear speakers and attend education sessions focusing on “gathering evidence and providing value.”

“As health care reform gathers pace, we are going to have to prove what we do is of value to our patients or stop doing it,” says Dr. Anthony Zietman, president of ASTRO and professor of radiation oncology at Harvard Medical School.

The theme is timely, as it’s looking at how professionals are practicing radiation oncology in 2010, explains Zietman.

“We’re looking at ways radiation oncology can be responsible,” he tells DOTmed News. “We’re looking at areas where we over utilize treatment, areas we over-scan, over-treat, over-investigate, over diagnose. In a strange kind of way, the economy has almost forced us to really self-reflect.”

ASTRO meeting organizers expected 12,000 people in attendance, a larger audience than in past years, says Zietman. He believes the bump in attendance can be attributed, in part, to an optimistic belief that the recession is ending. Location is also a factor, with people wanting to visit San Diego to enjoy pleasant weather before winter sets in.

The organization also reports a record-breaking number of research abstracts submitted to this year’s show and conference.

Zietman says attendees should be sure to catch the two highlighted keynote speakers: Sir Michael Rawlins and Dr. James Thrall.

Rawlins, chief of the National Institute for Clinical Effectiveness (NICE) in the United Kingdom, will educate his audience about the controversial British experience in using a panel of experts to weigh comparative effectiveness data to strictly determine what new therapies justify use in the National Health Service.

Zietman says it’s possible that some day, some form of NICE will emerge in the United States.

“It probably won’t be as strong as the one in Britain,” he points out. “If NICE says no, that drug or technology simply won’t be used in Britain.”

Thrall, chair of the American College of Radiology Board of Chancellors, will discuss the lessons radiation oncologists can learn from their diagnostic radiology colleagues regarding issues of over utilization and radiation safety.

“The keynote speakers are a must-see,” says Zietman. “They speak to medicine in general, about responsibility in medicine.”

This year’s conference will be held from Oct. 31 to Nov. 4 at the San Diego Convention Center.