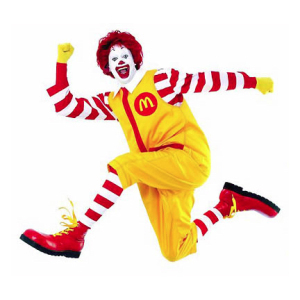 The Journal reported that McDonald's has threatened to terminate health benefits for its nearly 30,000 hourly workers if the government doesn't waive a new requirement, which is part of the health care legislation.

The provision mandates that in 2011 insurance companies spend 80 to 85 percent of their revenue from premiums on actual medical care and not administrative costs, which the fast food chain's insurer has refused to do, a McDonald's official told HHS, as reported by the Journal.

The WSJ reported that McDonald's said in a memo it would be "economically prohibitive" for its insurance provider to continue offering its mini-med plans under the new requirement, due to high costs caused by high turnover rates.

"We're not going to walk away from health care insurance completely, but we're going to have to look for alternatives if we can't get the resolution we're seeking from Health and Human Services," a McDonald's spokeswoman told Bloomberg.