Hospital confirms another infant death due to medication error 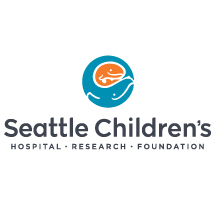 An infant died at the Seattle Children's Hospital after a staff member administered medication without a physician's order - violating the hospital's policy - the hospital's medical director confirmed Thursday, according to a statement sent to DOTmed News.

As of Thursday, the cause of death had not yet been determined, but the medical director, Dr. David Fisher, said the infant died around Sept. 17 while being transported to the hospital for a transplant.

The hospital will suspend all non-emergent operations for a full day to allow staff members to review patient safety practices and correct flaws in the system.

"These incidents have caused us to reevaluate our entire medication delivery system," said Fisher in a statement sent to DOTmed News.

Among the changes effective immediately, only pharmacists and anesthesiologists can prepare doses of calcium chloride in non-emergent situations, Fisher said, with reference to an infant who died from a calcium chloride overdose.

More than 1,000 staff members attended the mandatory review of the hospital's medication policy this week, the Seattle paper reported.

In another recent case, an infant was wrongly administered medication and fell severely ill. The patient recovered in the intensive care unit. These two incidents follow the Sept. 19 death of 8-month-old Kaia Zautner, who was given 10 times the intended does of calcium chloride, according to media reports.

And just 18 months ago, an autistic boy died after an overdose of a painkiller administered through a patch on his back. In this case, the doctor and medical staff involved were not disciplined. The hospital said no one intended to harm the boy.

Fisher said Thursday that the hospital will not release any information about the staff involved, saying the focus should be on systemic changes, not "human error mistakes," the Seattle PI reported.

Washington's Department of Health launched an investigation into the hospital, reviewing the procedures and policies that may indicate a systemic problem.