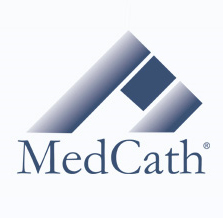 MedCath Corporation said Monday it finished the sale of its stake in two heart hospitals.

The Charlotte, N.C.-based hospital group sold it share of 59-bed Arizona Heart Hospital in Phoenix to Vanguard Health Systems for around $31.5 million.

MedCath also sold its one-third interest in 55-bed Avera Heart Hospital of South Dakota in Sioux Falls to Avera McKennan for around $16 million. Avera McKennan, a member of Midwestern health system Avera Health, is now a two-thirds owner of the hospital, which is also operated with North Central Heart Institute.

Both deals were initially announced in August and are the first completed sales since MedCath said it would set up a strategic options committee in March to sell off the whole company or its assets. Navigant Capital Advisors was hired as finacial advisors, the company said.

In February, MedCath said it would sell all assets of Heart Hospital of Austin to St. David's Healthcare Partnership LP, expecting the deal to close in its third fiscal quarter.

MedCath owns interests in, and operates, eight hospitals across the country, with a total of 711 licensed beds.

The company's stock fell 1.6 percent to reach $10.04 a share on Nasdaq in recent trading.