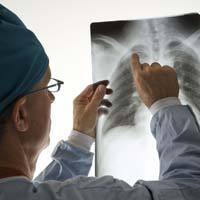 The global market for diagnostic imaging is expected to exceed $24.4 billion by 2016, with a compounded annual growth rate of 6 percent from 2009 to 2016, according to a new report from GBI Research.

The research also reported that nuclear imaging systems and ultrasound systems are the primary revenue generators. Further, the market is predicted to be driven by a high demand from emerging countries, including Brazil, India and China.

As these countries turn their focus to health care, the construction and spending on hospitals in both the public and private arenas is expected to double over the next seven years. As for the developed markets like the United States and Europe, the focus is on new technologies, the report said. These new technologies are expected to bring greater efficiency and cost-savings to hospitals and health care providers that have tight budgets.