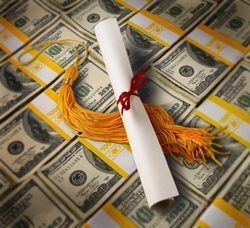 Primary care doctors seem to be getting the short end of the stick, making significantly lower wages than specialists, according to new research published Monday in the Archives of Internal Medicine. These significant disparities may hinder health care reform by weakening the primary care workforce, the researchers said.

"We thought this might be interesting for medical students to understand what the weight is of specialties," Paul Leigh, lead researcher and professor at the University of California Davis School of Medicine, told DOTmed News.

The researchers studied data from 6,381 physicians from 2004 to 2005, comparing wages across four broad specialties, including primary care, surgery, internal medicine, pediatric subspecialties and 'other.' They examined wages among 41 specific specialties along with differences based on demographic, geographic and market variables.

This study, said Leigh, an economist, is unique in that it is the first to examine physicians' wages.

Looking at the 41 specific specialties, the researchers found that neurologic surgeons - $132 per hour - and radiation oncologists - $126 per hour - earned the highest wages. The lowest wages? Internal medicine specialists and pediatrics with $50 an hour and other pediatric subspecialists with $52 an hour.

When compared with the reference group of general surgeons, whose wages were close to the median of $86, wages were "significantly lower" for internal medicine and pediatrics combined - $24 less - and internal medicine, family medicine and other pediatric subspecialties at $24, $24 and $23 less, respectively. The research also found that physicians in neurologic surgery, radiation and medical oncology, dermatology, orthopedic surgery and ophthalmology all earned $17 to $50 more per hour than general surgeons.

"I thought primary care [wages] would be less," said Leigh. "But I didn't know it'd be quite that great of a disparity."

One factor that may be cause for the significantly lower wages of primary care doctors is the reimbursements from Medicare, said Leigh. Private insurers tend to follow Medicare's lead, making the lower wages more universal.
1(current)
2