Study: CT could be the answer for lung cancer screening 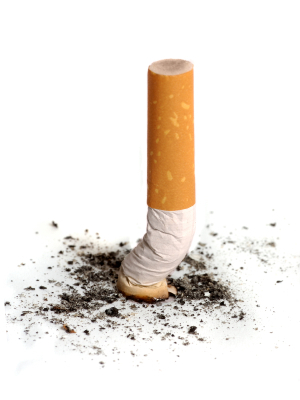 Screening smokers with low-dose spiral CT revealed a 20 percent reduction in deaths from lung cancer compared to smokers who were screened with chest X-ray, finds a new large research study.

The study, called the National Lung Screening Trial (NLST), involved 53,454 heavy smokers between the ages of 55 and 74 who had no symptoms of lung cancer. Being a heavy smoker was described as having a smoking history of at least 30 pack-years, which are calculated by multiplying the average number of packs of cigarettes smoked per day by the number of years a person has smoked. The study appeared online last week in the New England Journal of Medicine.

NLST participants were enrolled from 2002 to 2004 and were randomly assigned for screening with either low-dose CT or chest X-ray. They then received three annual screenings for lung cancer and were followed for five years. While X-rays and low-dose CT scans both have been used as screening methods to detect lung cancer early, the effects of each on lung cancer mortality rates had not been definitively determined before NLST.

"These findings confirm that low-dose CT screening can decrease deaths from lung cancer, which is expected to kill more than 150,000 Americans this year alone," said Denise R. Aberle, M.D., national principal investigator for 23 of the 33 NLST sites and a researcher with UCLA's Jonsson Comprehensive Cancer Center, in a statement to Science Daily. "This study also will provide us with a road map for public policy development in terms of lung cancer screening in the years to come."

She added that while the results are very encouraging and should re-shape screening guidelines in the future, CT screening is not an alternative to smoking cessation.

"Individual patients at high risk for lung cancer who seek low-dose CT screening and their primary care physicians should inform themselves fully, and current smokers should also receive redoubled assistance in their attempts to quit smoking," echoed Harold C. Sox, M.D., in NEJM's accompanying editorial about the NLST trial.

The NLST was conducted by the American College of Radiology Imaging Network, an imaging research network that conducts multi-center clinical trials, and the Lung Screening Study group, initially established by the National Cancer Institute to examine the feasibility of the NLST.