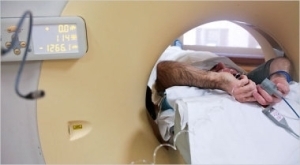 Oddly, it also reduced deaths from other causes by 7 percent, in a finding researchers can't yet explain.

"The reduction in deaths is comparable to mammograms, which reduce deaths by 14 percent to 15 percent," Bruce Johnson, with the Dana-Farber Cancer Institute, told USA Today.

The researchers halted the randomized controlled trial, carried out since 2002 by the National Cancer Institute on more than 53,000 current and former smokers, who are thought to be at highest risk for the disease, because the statistical evidence for the benefit was so persuasive.

Earlier studies on screening with CT scans, including one of 31,000 people published in the New England Journal of Medicine four years ago, were not definitive, experts said. It was thought the risks of radiation from the scan and follow-up procedures such as a lung biopsy, needed to actually diagnose cancer after a suspicious finding, might have trumped the benefits.

"This is the first time that we have seen clear evidence of a significant reduction in lung cancer mortality with a screening test in a randomized controlled trial," Dr. Christine Berg, project officer for the National Lung Screening Trial, said in prepared remarks.

Lung cancer is the country's deadliest cancer. Around 160,000 Americans die from it every year, according to the American Cancer Society.

In the study, the researchers compared current and former smokers who underwent three yearly screens, either with low-dose helical CT scans, or standard chest X-rays. By the end of October, when the study wrapped up, there were 354 deaths from lung cancer in the CT group, but 442 deaths in the X-ray group, a 20.3 percent reduction.

But the researchers are still analyzing their findings and have to prepare them for publication. Health officials were quick to say the best way to prevent lung cancer is to give up smoking or never start in the first place. Around 92 million Americans are current or former smokers.