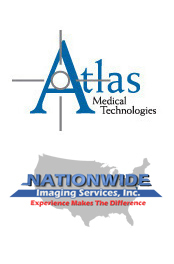 Nationwide Imaging Inc. has sold its service division to Atlas Medical Technologies of Florida. The deal, finalized for an undisclosed amount on June 30, completes a circuitous route to unite Atlas of Florida with its sister company in California.

Atlas of Florida was founded in 2003, by Ronald Brewer, Richard Scholz and Rick Stockton. Stockton went on to establish Atlas of California four years later, in 2007, still retaining a share of the Florida-based company. However, beyond sharing a name and some resources, including parts and even technicians from time to time, the companies were two separate entities.

In 2009, Stockton made the decision to sell his company to Nationwide Imaging. Stockton and Nationwide's president and owner Robert Manetta have known each other for years and have a good relationship. Manetta, with his knowledge of the industry and entrepreneurial spirit, seemed like an ideal buyer. As part of the deal, Stockton would stay on as an equal partner.

"I purchased Atlas of California to provide the complete package," says Manetta. "With it, I was able to provide a turnkey solution of sales, install, deinstall and services."

After 18 months, Manetta had delivered the company out of the red and $250,000 into the black, more than doubling the service contracts from 37 to 75. Although now profitable, there were drawbacks.

"I realized the emphasis on service was too much of a distraction from the sales side," Manetta says.

As Nationwide Imaging is one of the largest used medical imaging device sales companies in the world, that type of distraction wasn't desirable. So discussions began anew. Ultimately, Manetta struck a deal with Brewer, selling Nationwide's service division -- and the Atlas California business -- to the original Atlas. With the sale, Atlas has now tripled the number of service contracts and more than doubled the number of employees.

Stockton will continue to have a role with the united Atlas, working as the sales manager of the West Coast branch, while Brewer will continue as president of the entire operation.

Manetta is not letting grass grow under his feet. He's currently focusing on a joint venture with Samedco that will expand Nationwide's business into Asia, Africa and the Middle East.

Meanwhile, according to Brewer, the company will increase its focus on MRI while continuing to provide top notch service to CT customers. Brewer also says the company is in the process of moving the California operations to a modern facility in Rancho Cucamonga, Calif.

As for the future, as Stockton says, "It's not two Atlases anymore. It's one and a strong one."