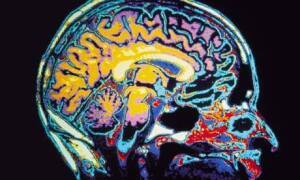 Traumatic brain injury has been called the "signature wound" of America's 21st century wars. Nearly 200,000 U.S. service members, many serving in Afghanistan and Iraq, have been diagnosed with this type of injury over the past decade, according to the Department of Defense.

And it's brutal stuff: suffering a serious head wound is associated with greater risks for developing post-traumatic stress disorder, depression and dementia. The government reckons the total costs for the 1.7 million Americans who get such an injury -- in peacetime, often sustained from car wrecks or falls -- exceeds $60 billion in medical bills and lost productivity.

That's why on Monday, the DoD and the National Institutes of Health said they're teaming up to create a $10 million federal database to allow researchers to share CT and MRI brain scans, neurological tests and other information to allow scientists to better understand these injuries and possibly better manage patient care.

The groups are funding the Federal Interagency Traumatic Brain Injury Research (FITBIR) database for the next four years. The idea behind the database is that it will use uniform data, making it easier to compare studies with each other. This builds on an earlier project involving scores of American and European universities and a number of federal agencies to create "common data elements" for brain injury studies, the NIH said.

"Despite the great burden of neurotrauma incidence, developing objective diagnostics and treatments has proven especially challenging for the medical community," Col. Dallas Hack, director of the U.S. Army Combat Casualty Research Program and joint chairman of the Defense Health Program, said in a statement. "Only by combining efforts through initiatives such as the FITBIR database can we hope to make major progress in this field."

The database itself is being constructed by the NIH's Center for Information Technology, which is reusing the structure of its National Database on Autism Research. The NIH expects the structure recycling to save 35-50 percent on project costs.