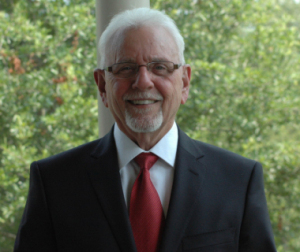 Ed Sloan, president
of Ed Sloan & Associates
Several nights ago, I received an e-mail from Ed Sloan at 11:30 p.m. By itself, this would not be a big deal. But when you consider that I had a conversation with Ed that same morning at 6:30 a.m. and when you take into account Ed is more than 70 years old, it is pretty amazing. It shows what a hard-working guy he is.

Many of you know that Ed was the founder of ReMedPar and after retiring, started Ed Sloan & Associates, which has grown to be a multimillion dollar company, occupying a 45,000-square foot office near Nashville. Ed is also on DOTmed's Board of Directors and my personal friend. He has given me a lot of advice over the years.

The other day, I learned about an unhappy DOTmed user and I remembered a lesson that Ed taught me, which he wrote about a few years ago in our magazine.

Ed tells the story about a system that was down because Ed could not deliver the part in one day. The customer was upset and Ed was concerned that he would lose the account.

The next morning, he jumped on a plane at 5:30 a.m. and flew through Chicago to a small city in Oregon so he could show up with the part and apologize to the client.

He did not handle it by making a phone call or sending an e-mail (in those days, it would have been a letter anyway), he went there himself to apologize and to smooth things out.

In the end, the customer appreciated his efforts and continued to work with Ed.

I think the moral of the story is to take responsibility for your actions. If you make a mistake, do something about it. Even if the problems are outside your control, show your customers you put them first.

The customer does not want to hear your excuses. They want results and they want an apology.

That is something I learned from Ed Sloan and I believe it is a lesson that we can all learn from.