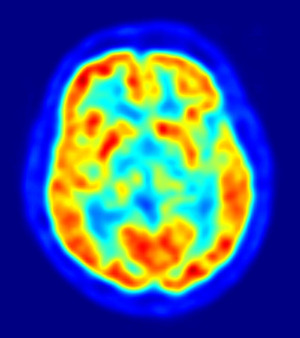 On Friday, the Food and Drug Administration approved the first PET agent ever commercially released that could help doctors better diagnose Alzheimer's disease in living patients. But an advocacy group, while supporting the drug's approval, worries that it could be a "double-edged sword."

On April 6, Eli Lilly & Co. said the FDA gave the OK to its PET agent florbetapir, commercially known as Amyvid. The drug is a radioactive dye that the company says binds with amyloid plaque deposits, a protein linked with Alzheimer's disease. Doctors can then evaluate plaque load on the PET images.

The approval comes about a year after the agency rejected the drug, following the suggestions of an advisory panel that urged the FDA to hold off on greenlighting Amyvid until Eli Lilly beefed up its training program to resolve reader inconsistencies in the pilot studies.

Eli Lilly said it has since worked with the FDA to create online and in-person training programs for physicians. Nonetheless, the drug carries a warning label advising that errors can occur in plaque density estimations.

Currently, Alzheimer's is tricky to diagnose. For one, other types of dementia have similar symptoms. Also, a definitive diagnosis can really only be rendered after an autopsy. In fact, about one-fifth of patients given a preliminary Alzheimer's diagnosis during their lifetimes are later shown not to have the Alzheimer's pathology after an autopsy, according to Daniel Skovronsky, the CEO of Avid, the company that invented the drug and was later bought by Eli Lilly.

Eli Lilly hopes Amyvid could make the management of potential Alzheimer's patients easier. However, Amyvid scans cannot be used to provide a definitive diagnosis. A positive scan using Amyvid would not be enough evidence, by itself, to make a diagnosis of Alzheimer's, the company said. But an absence of the plaque build-up would be "inconsistent with a neuropathological diagnosis" and could thus help doctors rule out the disease and look for alternative explanations, such as other forms of dementia or even vitamin deficiencies.

Eli Lilly said in one of the pilot studies it ran, comparing plaque load measured by Amyvid scans with the load discovered in a later autopsy, readers had between 82 and 92 percent sensitivity, and 95 percent specificity, depending on whether they were trained in person or online (in-person training had higher scores).

But because the drug cannot be used to make a positive diagnosis, some groups have questioned its real utility. The Alzheimer's Association, which bills itself as the largest voluntary association for Alzheimer's advocacy, called the approval a "double-edged sword."

"On one hand, FDA approval of this product will expand the clinical and research opportunities for amyloid imaging by making this brain imaging tool more widely available to the field," the group said on its website on Monday. "On the other hand, the fact that all of the potential uses of this product are not crystal clear tempers our enthusiasm. Again, additional research is needed to clarify the role of florbetapir-PET imaging in Alzheimer's."

The group also said it was worried that unscrupulous "operators" would make "unrealistic promises" on the value of the drug when offering imaging services.

"As such, we recommend that people get access to this test only in the context of a complete evaluation of medical/neurological status and with appropriate expert consultation," the group said. It said it was teaming up with the Society of Nuclear Medicine to develop recommendations on how physicians should use Amyvid.