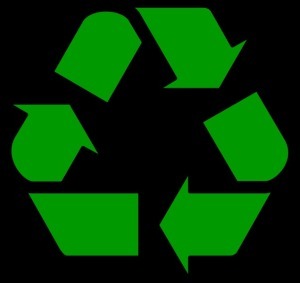 Instead of throwing away all the disposable coverings that medical supplies come wrapped in, a large hospital system uses them for a unique event: a fashion show.

Inova Health System's "blue wrap fashion show" is meant to raise awareness on waste for staff at the system's half dozen hospitals in northern Virginia.

"Certain people really look great in blue fashions that come out of this," joked J. Knox Singleton, the president and CEO of Inova, at a panel discussion hosted at the White House on Tuesday.

Turning medical garbage into couture was just one "greening" suggestion that came up during two panel talks the White House Council on Environmental Quality convened to throw a spotlight on the Healthier Hospitals Initiative. This spring, the coalition of 11 large U.S. hospital systems and three non-profits launched a three-year plan to get U.S. health care facilities to provide healthier food, use less energy and waste, switch to safer chemicals, purchase environmentally friendly supplies and engage hospital leadership in green reforms.

Hospitals could play a pivotal role in pushing for greener technologies, because of the industry's size, according to Gary Cohen, the president of Health Care Without Harm and the founder of the Healthier Hospitals Initiative. Already, health care accounts for 15 percent of the U.S. economy, but could soon grow to 20 or 25 percent, he said.

"Health care can be the driver toward green chemistry, toward renewable energy, toward sustainable agriculture," he said.

Kaiser Permanente, for instance, a massive consortium of hospitals and clinics, is helping to drive purchasing changes because of its desire to use safer plastics. Cohen said the hospital asked suppliers to move away from making IV systems with PVC plastics, which are usually treated with a softener called phthalate, and which many believe is a reproductive toxin that's especially harmful to babies and pregnant women.

"Because of their purchasing power and their mission, they were able to move away from PVC plastics," Cohen said.

One push-back from buyers wary of green goods is that, item for item, they're often more expensive. However, Kathy Gerwig, the environmental stewardship officer with Kaiser, said while the price tag might be higher, often the total cost of ownership is lower.

She used the example of mercury-based thermometers, which her own health system replaced with slightly more expensive thermometers that didn't have mercury, a known neurotoxin. Although the mercury-free devices cost a bit more, she said hospitals wound up saving money overall by not having to clean up hazardous mercury spills, invest in spill kits, train staff to work with mercury or lose a room temporarily because of mercury contamination.
1(current)
2