Watch out for our journalists these next few months 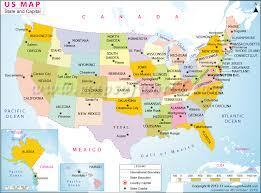 March is going to be a busy month for DOTmed journalists who are hitting the road. We are going to be attending HIMSS 2013 (Healthcare Information and Management Systems Society) in New Orleans and not only reporting on new Health IT systems and solutions introduced at the show, but staff writer Nancy Ryerson will attend some of the presentations too. If possible, she'll report on President Clinton's speech -- he's giving the keynote. And at some point, I also hope that she'll fit in some gumbo.

Another staff writer Carol Ko is flying out to California to report on the AORN annual meeting (Association of PeriOperative Registered Nurses), which I'm sure will be a big event since it's the 60th. Carol will also get a chance to visit her parents who live in Southern California. I'm sure they'll be happy to see her. I'm told her mother is a great cook. After spending some time with her folks, she'll head up to San Francisco to attend the the American College of Cardiology annual conference. It's a first for DOTmed and I'm sure not the last. One of our OEM contacts told us it was a big event for the industry; I'm not sure how we missed it in the past.

Finally, Loren Bonner will be attending the very first National Proton Conference in our nation's capital during the second week in February, an event sponsored by the National Association for Proton Therapy (NAPT). I'm familiar with this group's events since I was involved in the proton beam center in St. Petersburg, Russia.

Loren is attending the show at the invitation of Leonard Arzt, executive director of NAPT. I've found Len to be a charming and interesting fellow and I've learned a lot from him about proton beam therapy, which is why DOTmed is supporting this event.

Stay tuned for our coverage.