Alzheimer's disease in the news 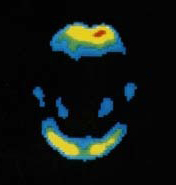 My mother spent 12 years in a nursing home and eventually died from Alzheimer's disease. I really felt helpless at the time.

For those of you who read our news frequently, you know we covered Amyvid in three different stories, one of which was picked up on the NPR website.

I listened to other stories on the national news and I think our writers did a better job of covering the topic than the TV news stations.

Let me try to dumb it down for you.

Amyvid is this cool new radiopharmaceutical that is used in a PET brain scanning. It can help doctors identify if a patient may or may not have Alzheimer's.

Just because the plaque is there does not mean that you do have Alzheimer's, however.

In my mother's time, the only way to tell for sure was to perform an autopsy.

So, if you are really up on your alphabet soup, you know that MEDCAC, which stands for Medicare Evidence Development & Coverage Advisory Committee, influences CMS with respect to Medicare reimbursement.

MEDCAC does not feel that there is enough evidence to prove that a person has Alzheimer's, however. They would like to see more evidence before they recommend that Medicare reimburse this drug.

I am no scientist, and I do not even play one on television, but I would sure be glad to know that my loved one did not have Alzheimer's, even if I could not know 100 percent that they did.

I am sure we will hear more about this because a report that I read in the Neurology, the official scientific journal of the American Academy of Neurology (which I read frequently) mentioned that almost 14 million people could be affected by Alzheimer's in the next 30 years.

All I can say is it is not easy getting old.

Keep watching DOTmed News for these really interesting topics that we are covering. I am really proud of Loren Bonner and Brendon Nafziger on the job they did covering this topic.