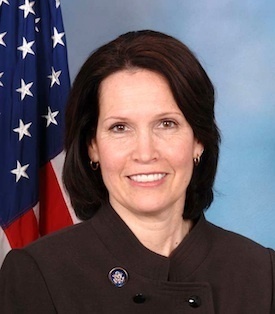 Congresswoman Betty McCollum
Once again the American College of Radiology is holding out hope that the Multiple Procedure Payment Reduction (MPPR) to Medicare reimbursement for diagnostic imaging can be thwarted with new legislation.

"We thank this bipartisan group of representatives, particularly Reps. Olson, Roskam, Barrow and McCollum, for stepping up to address this arbitrary action that Medicare never should have taken," said Dr. Paul Ellenbogen, chair of the ACR Board of Chancellors, in an official statement.

Put another way, the rule is extended across group practices. For example, if one radiologist reads a CT scan from a patient and his or her partner in the same practice reads an MRI scan from the same patient on a different body part later in the day, the second reading is discounted 25 percent.

ACR and other industry stakeholders were disappointed when prior legislation, H.R. 3269/S. 2347 (the Diagnostic Imaging Services Access Protection Act), which would have also avoided the 25 percent reduction, never made it into the last minute fiscal cliff negotiations on Jan. 1, 2013.