Is disability driving up the cost of health care? 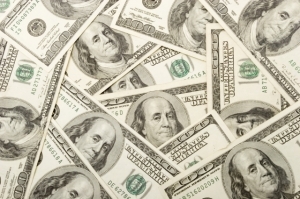 There are two parts to this question: Is it driving up the cost of health care in the U.S. and are you and I paying for it?

While I was driving back the other day from the home of my 95-year-old mother-in-law's (who I might add can still swing a golf club), I heard a report on the radio about disability spending in the U.S. In the 1990s, Bill Clinton's welfare reform made states pay a much larger part of unemployment costs. In an effort to manage unemployment benefits more efficiently, states tried to do an end-run around the system by shifting the claims from unemployment to disability. While states have to pay residents for unemployment, the federal government pays for people on disability. Today there are even organizations that work for states to help get welfare recipients onto disability.

It's a win for the states but a loss for the federal government. So a loss for us since federal disability payments cost taxpayers $260 billion a year, according to the Social Security Administration.

I'm sure there are people who are truly disabled and I believe it's the responsibility of the more fortunate to take care of those less fortunate, but something is broken in the system if the cost of disability is greater than the cost of welfare, food stamps, school lunch and subsidized housing combined.