Special report: Are radiopharmaceuticals in their element?

Special report: Are radiopharmaceuticals in their element? 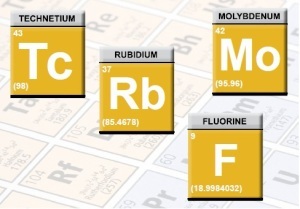 When patients come in to Northern California PET Imaging Center in Sacramento,Calif. after receiving troubling cognitive tests, doctors are able to put their worst fears to rest – or help guide them to the right treatment. To date, the facility has performed nearly 30 PET scans using Amyvid, a radiotracer that detects amyloid plaque, which has been identified as an important indicator for predicting Alzheimer’s disease. Amyvid was FDA approved in April 2012.

“One of the best indications that the physicians seem to really like is when they’re going down the path thinking it is Alzheimer’s, then we end up with a negative scan, and they can start looking at other causes for the patient’s symptoms that they might be able to help or fix,” says Ruth Tesar, CEO of the imaging center. “They might have depression, anxiety or a different type of dementia.”

Depression, for one, can look similar to Alzheimer’s and dementia in PET scans using the tracer FDG and obviously requires a different course of treatment. While there is no cure for Alzheimer’s, patients whose tests suggest they do have the disease can be prescribed medications that treat systems and slow progress, or make the decision to sign up for experimental treatments.

And more amyloid imaging drugs may be on their way to imaging centers soon: GE’s flutemetamol was accepted for review in January, and Piramal’s florbetaben was accepted in March.

There’s just one problem — while some physicians find Amyvid to be useful in their practices, so far, CMS isn’t convinced. Amyvid has not been approved for reimbursement, with decision makers questioning the scans’ usefulness when little treatment for Alzheimer’s exists. Manufacturers and PET advocates are concerned that CMS’s hesitancy could slow down treatment progress for Alzheimer’s as well as for other tough diseases.

CMS concerns
With the number of people with Alzheimer’s disease expected to triple by 2050, there’s no doubt a wide swath of the aging population would be eager to get a scan when they feel their memory beginning to slip. But should every aging, worried mind go in for amyloid imaging?

That’s one concern that has likely gone into CMS’s decisions so far, Tesar says.

“I think CMS looks at how many people there are worrying about potentially getting Alzheimer’s disease, and it’s probably four to five times the number of patients that actually have it,” says Tesar. “CMS perceives that as very expensive when they are trying to cut costs.”
1(current)
2
3
4