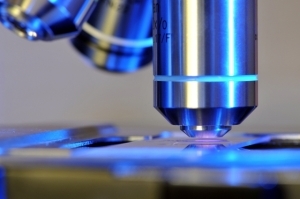 Growth in the global medical device market might be stymied by health care reform in the U.S. and economic challenges in Europe, but a new report finds that another trend has been emerging: the acquisition of small Chinese companies by large U.S. medical device manufacturers.

The new report from Kalorama Information gives two examples that highlight the trend: The acquisition of local Chinese company Guangzhou Bioseal Biotechnology Co. Ltd by Johnson & Johnson in May 2012, and the recent deal by the cardiology and spinal device maker Medtronic to acquire China Kanghui Holdings, a developer and producer of trauma and spine orthopedic transplants.

The global medical device market reached $331 billion in 2012, according to the report, just 3 percent higher than 2011. The finding was lower than the firm had projected.

Reasons given for the slow growth were mainly economic challenges and slow funding increases. In Europe, the extreme economic downturn has led to layoffs and proposed reforms to health care systems in several countries. The report also said that emerging markets have grown spending less quickly than expected.

In the U.S., the effects of health care reform are having the greatest impact. Hospitals, a key buyer of medical device products, are under pressure to reduce costs while medical device companies say the new 2.3 percent excise tax in the law has been impacting them negatively. But Kalorama said they didn't think the device tax factored into slow growth for the sector in 2012. They did, however, predict long-term effects from the tax on venture capital investment and research spending in the industry.

The report also noted that the major device manufacturers dominated the market since slow growth didn't leave much room for new entrants to the market. Johnson & Johnson leads the pack, followed by GE Healthcare, Siemens Healthcare and Medtronic. Other leading companies were Stryker, Covidien and Philips Healthcare, according to the report.

Bruce Carlson, publisher of Kalorama, said that medical device companies that did experience growth did so because they launched new products or acquired companies with novel products.