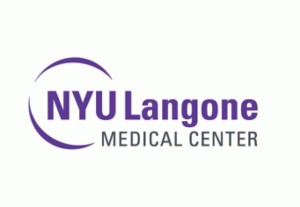 Last week, my wife Barbara and I and eight of our friends attended the NYU Langone Medical Center's 2013 Violet Ball at Cipriani on 42nd Street in New York City. There were over 850 people in the room, all supporters of NYU Medical Center.

This year's event honored Lori and Laurence Fink for their dedication to the growth of the medical center. Lori is chair of NYU Cancer Institute Advisory Board and trustee of NYU Langone. Laurence is co-chair on the Board of Trustees at NYU Langone.

Among the speakers in the room were Dr. Robert Grossman, dean and CEO of NYU Langone; Larry Silverstein, the well-known New York City developer and lease-holder of the World Trade Center; and Kenneth Langone, the financial backer of the Home Depot and the billionaire chairman of NYU Langone. I was impressed with Mr. Langone's down to earth style.

As part of the event, we saw a video of the damage to NYU Langone after Hurricane Sandy. But in fact, I've seen it with my own eyes. Myself and Mike Galella, a co-worker at DOTmed, were involved in the removal and sale of damaged assets at NYU. We saw the damage to the hospital first hand from the hurricane.

We were told that it would take 18 months to two years to bring NYU back online, but after only six months, doctors are operating at NYU, the elevators have been replaced and patients are being admitted to the hospital.

All this is a tribute to the ingenuity of NYU employees, New York City, New York State and the federal government who have all worked together through the rebuilding.

I don't remember his exact words, but Mr. Langone pointed out how everyone did what they were supposed to do. New York is a great city.