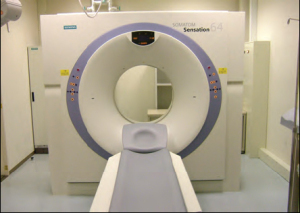 Though CT has seen increased adoption for lung cancer screenings, a new study shows that digital tomosynthesis, already known for its applications in breast cancer screening, might be a better alternative.

However, a different study conducted by the National Lung Screening Trial showed low-dose CT detected more than twice the nodules and contributed to a 20 percent reduction in deaths from lung cancer compared with traditional chest X-ray.

But CT scans come with two notable disadvantages: they're relatively high in cost, and they use higher doses of radiation.

Reasearchers at the Thoracic Surgery Unit and Department of Radiology at the S. Corce City Hospital in Cuneo, Italy investigated whether digital tomosynthesis could provide the benefits of CT without its drawbacks.

They studied 1,919 patients with an extensive history of smoking. The participants, who ranged in age from 49 to 75, were screened twice -- once at the beginning of the study, and again a year later.

"By restricting the age range to 55 to 79 years, and raising the number of pack-years to 30, as in the NLST, an even higher incidence of lung cancer might have been detected," study author Dr. Luca Bertolaccini told DOTmed News.

Study authors noted that the cancer detection rate for digital tomosynthesis was similar to that of CT while using lower radiation dose levels and at one-sixth of the cost.

Though digital tomosynthesis systems are mainly known in the field of breast imaging, this may soon change if trials continue to prove its efficacy in other areas of oncology.