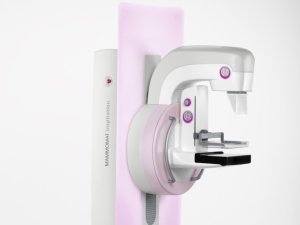 Siemens claims that the new and improved system can lower patient dose by up to 30 percent without compromising image quality. It accomplishes this through a new algorithm for progressive image reconstruction instead of a standard scatter radiation grid.

But radiation dose continues to be a concern in imaging, especially for mammography, where women are encouraged to get regular screenings. Vendors like Siemens see the ability to minimize dose for patient and provider as a top priority going forward.