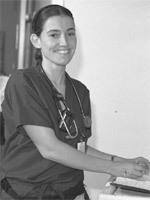 The Honor Roll lists the top 14 hospitals nationally based on reputation, mortality rates and other care-related factors.

"We are pleased to be listed among the distinguished group of hospitals on the U.S. News & World Report `Honor Roll.' Our goal is to offer the highest quality care, provided by a team of health-care professionals deeply dedicated to serving patients and their families," says Dr. Herbert Pardes, president and CEO of NewYork-Presbyterian Hospital. "This goal is achieved through the commitment of our physicians, nurses, staff and employees and through medical research that is made possible by our affiliation with two top-tier medical colleges -- Weill Medical College of Cornell University and Columbia University College of Physicians and Surgeons."

For the second year, NewYork-Presbyterian is the only New York metropolitan-area hospital -- and one of only five Honor Roll hospitals -- to rank in all 16 medical specialties included by U.S. News.

This merit of this ranking is shown in New York Presbyterian's leadership and development of new ideas. Review some of the highlights below.

The Quality Nursing Staff
The nursing staff of NewYork-Presbyterian/Columbia is one of the finest in the world. It is challenging to select candidates for nomination when so many nurses pursue excellence as a matter of course. It is even more difficult to select a handful of award recipients each year, when each nominee is so exceptionally gifted. To be nominated is an extraordinary honor.

The Nursing Division of Columbia University Medical Center Salutes the Award Recipients and Nominees for their Special Achievements.

To see this years' recipients, go to the Nursing Division Award Recipients and Nominees.

School of Continuing Education for Nurses
Dedicated to providing both theoretically and clinically focused programs to facilitate your ability to function in a variety of complex and specialized clinical settings.

This information is reposted with thanks to New York Presbyterian Hospital and Columbia and Cornell Universities.