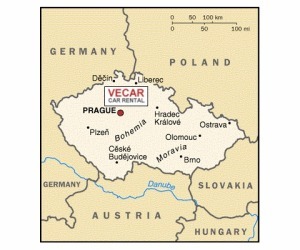 I traveled to Prague this week to attend the 20th anniversary of IAMERS. So far, I attended a dinner on Tuesday night and an educational session for four hours on Wednesday, which was followed by a dinner reception.

I've visited with a lot of people from Europe. I met the new president of MESA (Medical Equipment Solutions and Applications), a medical equipment service company in Europe. I also met with Anders Fage Jensen, founder of of AGITO Medical, which is based in Denmark. These are two companies that are competing to be the dominant independent players in Europe. I also met a number of entrepreneurial companies that provide service and spare parts.

There are some Americans here too, including Rick Stockton and Ed Sloan, Sr., who want to keep a pulse on what's happening in Europe.

I heard a rumor that there's a new law that will make it more difficult to sell used equipment in India. I don't know if it's true but I will report more about that later.

Prague is a beautiful city and it's completely clean. The people are very polite too. I heard it said somewhere that driving in Prague is hard but, you know, it really is no more difficult than driving in New York City. I can tell you that.

I have two more days left here in Prague, so maybe I'll share some additional information next week.