Radiologists spend only 36.4% of their time reading images, study

Radiologists spend only 36.4% of their time reading images, study 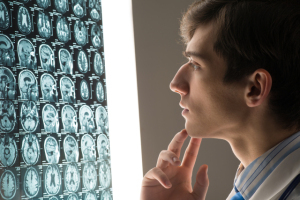 Radiologists spend only a third
of their time reading images,
according to the VALUE study
Most health professionals might be surprised to find out how a radiologist's work day breaks down.

For decades radiologists have been fighting to overcome a major disadvantage: compared with other medical specialists, they have minimal face time and direct interaction with patients.

According to a new study published in the Journal of the American College of Radiology, this lack of visibility has threatened to minimize radiology's importance in the hospital, leading to the widespread perception that it's an ancillary technical service not worthy of being classified as medical care.

Lead author of the study Dr. Deljit Dhanoa, assistant clinical professor at the University of British Columbia, is uniquely suited to speak on this topic, having formerly worked as an emergency physician before retraining to become a radiologist.

Back when he was working as an emergency physician, the radiology department was always a black box to Dhanoa. "I feel the daily tasks of a radiologist are not understood by many," he told DOTmed News.

It was only later as a newly minted radiologist that Dhanoa realized that there were widespread misconceptions about what radiologists actually do. "It wasn't until I stepped in those shoes that I began to appreciate and truly understand the role that radiologists carry out every day," he said.

Struck by the lack of research on the topic, he decided to spearhead the Vancouver Workload Utilization Evaluation (VALUE), a prospective randomized study that analyzed radiologists' day-to-day tasks.

The study observed 14 radiologists at three independent hospital facilities over a month-long period. Researchers excluded interventional radiologists — a growing branch of radiology that requires direct patient interaction and treatment — to focus on diagnostic radiologists only.

The findings of the study ran counter to common sense: radiologists spend only 36.4 percent of their time reading images.

How did they spend the rest of their time? The data shows they performed other tasks like consulting with physicians, performing image-guided procedures and supervising and monitoring studies. On average, they had six interactions per hour with other health personnel that directly influenced patient care in real time.

With radiology in danger of becoming an increasingly commoditized practice, Dhanoa said diagnostic radiologists should look beyond image interpretation toward other tasks that aren't as replaceable to demonstrate their indispensability to physicians, policy makers and laypeople.

"Patient assessments, quality-based initiatives, image based research and direct formalized consultations with other physicians are examples," he said.