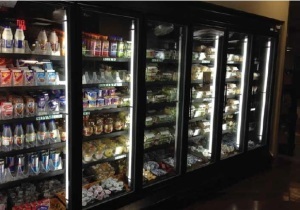 Is the Affordable Care Act responsible for motivating hospitals to provide tastier menu options? Many hospitals are saying yes.

“I think that’s probably the biggest thing that’s changed and there’s always emphasis on quality —especially for those that are managing more than just food service. They have to meet those targets in terms of patient satisfaction,” says Lisette Coston, executive director of support services at Saint Francis Health System.

Last summer, widely-read media outlets such as USA Today and MSN News were touting healthier, tastier, more sophisticated menu choices as an unintended but welcome side effect of the federal health care law, which started tying patient-satisfaction scores with Medicare reimbursements over a year ago.

Since October 2012, a hospital can earn a 1 percent bonus, or be penalized up to that amount with Medicare and Medicaid patients, based partly on patient satisfaction surveys. By fiscal year 2017, that amount climbs to 2 percent.

However, these survey-based reimbursement bonuses may open up a new can of worms, since patient satisfaction can be broad, nebulous and subjective.

By most official accounts, these patient-satisfaction surveys were put together in such a way as to exclude any explicit mention of extra amenities or luxuries that did not tie in with what Medicare defined as quality of care.

But at the end of the day, when patients are asked to rate hospitals, such hotel-style luxuries inevitably factor into their assessment of the facility, and thus their satisfaction scores.

Word of mouth among hospital executives suggests that the quality of the food does have a significant impact on scores. While there’s no hard, conclusive evidence to back up this anecdotal assertion just yet, John Romley, research assistant professor at the Price School of Public Policy at the University of Southern California and economist at the Schaeffer Center for Health Policy and Economics, says that an initial analysis performed on his current research-in-progress indicates that amenities such as food may, indeed, be a driving factor in these scores.

If this turns out to be the case, then the implications for health care are significant: “Then the bonuses we’re awarding are actually rewarding amenities,” says Romley.