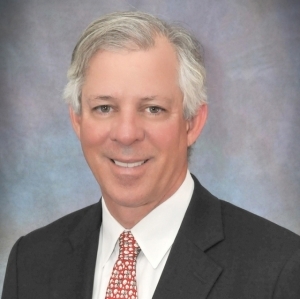 There’s a brand new show in town this spring hosted by an unlikely pair: a renowned medical center in Texas and a German-based trade show brand.

Messe Düsseldorf — the host of Medica — has partnered with the Texas Medical Center to develop Medica’s first North American event. Dubbed Medical World Americas, the show will be taking place April 28-30 at the George R. Brown Convention Center in Houston.

Dr. Robert Robbins is the president and CEO of the Texas Medical Center and chair of the Medical World Americas’ Executive Advisory Committee. Robbins is also an internationally renowned cardiac surgeon, lecturer, author and researcher with focused efforts in acquired cardiac diseases. The former professor and chairman of the Department of Cardiothoracic Surgery at Stanford University School of Medicine joined Texas Medical Center in November 2013. DOTmed HealthCare Business News spoke to him about the inaugural event and what attendees can expect.

HCBN: What do you do in your role as the chair of the Medical World Americas’ Executive Advisory Committee?
RR: I’m responsible for the scientific content at the show and then I’m also working my connections with the leadership from the big imaging companies like Siemens and GE as well as the big medical device companies like Medtronic and J&J to trying to encourage them to come.

HCBN: What kind of conference program have you assembled?
RR: It’s a trade show, but also a scientific meeting. So I think 20 percent of the people exhibiting will drift over and learn about some new medical breakthroughs. And at the same time, most of the physicians going to scientific talks will want to go visit the exhibit hall. Half the speakers will be from the Texas Medical Center and half from around the world.

We are also organizing plenary sessions and then we’ve got different tracks including oncology, cardiovascular, emergency preparedness, and infectious disease. We build out the whole program with lectures for attendees to go to.

HCBN: Who do you expect to come?
RR: I’m hoping that because we’re close to the Texas Medical Center, many people from the medical center will attend the meeting as well as people from the Southeast. We want everyone to come: doctors, hospital administrators, nurses, physical therapists, IT people, community physicians and also students from our campus — there are 60 to 80 thousand students on our campus and we think they can learn a lot from the show.

HCBN: Why did Texas Medical Center choose to be a part of this?
1(current)
2