Russian doctors and their opinion on Crimea 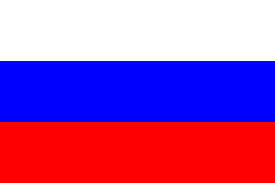 Last week, I was traveling in Eastern Europe and in addition to meeting with a number of Europeans, I also met doctors from Ukraine and doctors from Russia. The perspective they have is interesting.

One doctor from Crimea was optimistic that Russia would play a more important role in the region. Apparently, there are so-called fascists or neo-Nazis traveling within the Ukraine and anyone who is not white risks being attacked. The former Soviet Union is filled with people from many different republics and not all of them are white.

Many Ukrainians are apathetic about Russia's involvement in Crimea and the Russian doctors I met felt that Russia was on firm ground to protect their interest there.

It is interesting that it is a completely different perspective than the one we have here in the U.S.

In the end, a large percentage of the fossil fuel used in Germany and other parts of Europe comes from Russia, and France is in the process of selling military equipment to Russia. I would be very surprised to see the Europeans take a hard line.

The real question for all of us is how will it affect health care?

The short answer is: I believe that all of this will result in inflation in Russia and in Ukraine and the result will be less equipment being purchased and therefore, health care will suffer as a result.