Two shows in our nation's capital 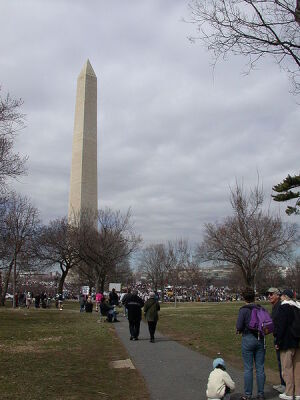 For the second year, DOTmed News covered the American College of Cardiology's annual conference and expo. This year, the show was in Washington, DC and both Loren Bonner and Lauren Dubinsky were in attendance.

There were a lot of breaking clinical trial results unveiled, including promising data for a new class of drugs called PCSK9s that could be the next cholesterol-lowering treatments. On the medical device side, there were both good and bad results presented for TAVR and renal denervation. You can read more about this here.

The National Association for Proton Therapy's 2nd annual show also took place in Washington, DC this week. Len Arzt did a great job organizing the event and was charming as always. Loren Bonner was at the show and told me that more people were in attendance this year compared to last year. I'm not surprised. Despite all the debate around proton beam therapy, there are more centers being built all over the world. The market is embracing the technology and that's obviously reflected in conference attendance.

I'm positive that the Planning, Building and Operating Successful Proton Therapy Centers conference, which took place in January, also had a good turnout.

Both oncology and cardiology are such major areas in medicine today. I'm happy we are paying close attention to the progress being made.