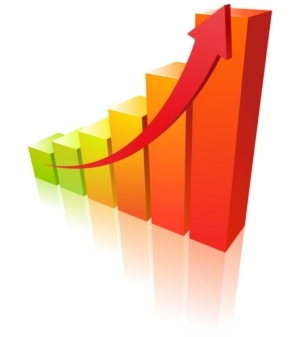 The global nuclear medicine market is projected to grow an average of 11 percent annually and reach $24 billion in 2030, according to a recent market research report by the European research firm MEDraysintell.

For the first quarter of 2014, Xofigo's revenue reached $49 million, which is a 24 percent increase from the last quarter of 2013. Its total sales will be $150 million when it wraps up its first year on the market at the end of next month, and above $200 million for 2014 in the U.S. market, according to the report.

The report stated that it's on its way to becoming the "first blockbuster of nuclear medicine." The reason for the company's success is because they brought a radiopharmaceutical to market through finance and marketing, a practice previously confined to chemotherapeutics.

This achievement may prompt other conventional pharmaceutical companies' interests and spur a new era for nuclear medicine, according to the report.

The report also considered that radiodiagnostics will still be the exclusive tool for accurately assessing biological function, and that radiodiagnostics and radiotherapeutics will continue to grow. However, the growth will largely rely on the interest of investors, who are being pulled by the politics of different health care systems.

Public health care systems might not want to cover the systematic repetitive imaging that neurodegenerative diseases and other large-scale diseases require. But most of all, the nuclear medicine industry needs the strong support of the conventional pharmaceutical industry in order to develop, because it doesn't have the revenue to do so on its own.

The report also mentioned that SPECT with technetium-99m will still be the cheapest nuclear medicine procedure, and that the molybdenum supply crisis will be resolved in the next five years. Additionally, it appears that PET tracers that are based on gallium-68 will have a strong future.

Once radiotherapeutics are considered equivalent to chemotherapeutics in terms of limited side effects, low manufacturing costs and high efficacy, they will be of more interest to pharmaceutical companies. But those companies will continue to pay no attention to radiodiagnostics, except when they are used in therapy, because they would rather leave it to the radiopharmaceutical companies.

The report is based on the description and analysis of over 300 radiopharmaceuticals and radionuclides, and more than 130 companies and institutions that are active in the nuclear medicine market.