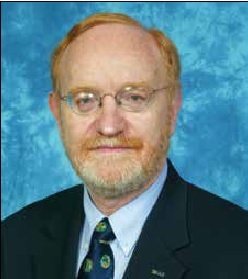 Dr. Peter Herscovitch, the Society of Nuclear Medicine and Molecular Imaging’s president-elect, is also the director of the PET Department at the National Institutes of Health (NIH). DOTmed HealthCare Business News spoke with Herscovitch about advances in the field of nuclear medicine and molecular imaging as well as the upcoming show, taking place June 7-11 in St. Louis, Mo.

HCBN: When you were elected as president-elect in 2013, you said you wanted to focus on the development of new radiopharmaceuticals, particularly for brain amyloid imaging. Why do you see such potential in this area, and how has that goal played-out for you and the industry this year?
PH: A major focus of SNMMI has been the translation to the clinic of FDA-approved radiopharmaceuticals for PET imaging of brain amyloid in patients being evaluated for cognitive decline or possible Alzheimer’s disease. Two new radiopharmaceuticals for amyloid imaging were approved by the FDA in 2013 and April 2014. In partnership with the Alzheimer’s Association, in 2013 we published appropriate use criteria for these agents, defining the clinical scenarios in which they should or should not be used. We are also developing procedure guidelines for performing amyloid brain imaging. We were disappointed with the CMS decision last year to approve only coverage with evidence development (CED) for amyloid imaging rather than full coverage. However, we are working with the Alzheimer’s Association and other stakeholders to develop a study that will demonstrate the clinical usefulness of amyloid imaging.

HCBN: Do you think neurodegenerative imaging will be just as big a presence this year as it was last year at the SNMMI Annual Meeting?
PH: Yes, there will be several scientific and continuing education sessions focusing on imaging neurodegenerative diseases as well as other neuropsychiatric disorders. Molecular imaging has dramatically transformed how clinical research in neurodegeneration is being performed. This year’s Neurosciences track includes clinical research on Alzheimer’s disease with radiotracers for not only amyloid but also tau protein. Research on Parkinson’s disease, as well as relationships between degenerative disease and other factors, such as sleep disorders and depression, also will be presented.