Jessica Foley, Scientific Director, on the future of Focused Ultrasound 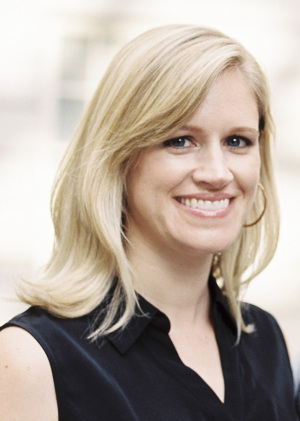 Jessica Foley, PhD
Scientific Director, FUSF
HealthCare Business News spoke with Jessica Foley, PhD, and the Scientific Director of the Focused Ultrasound Foundation (FUSF) about the technology and the upcoming FUS Symposium this October in Washington, D.C. Jessica's more than 13-year career in the field of focused ultrasound spans the academic, industrial, and government arenas. She holds a BSE in Biomedical Engineering from Duke University and a PhD in Bioengineering (emphasis in focused ultrasound) from the University of Washington. Dr. Foley has numerous publications, holds several patents, and has made number presentations at academic conferences on focused ultrasound.


HCBN: Give our readers a brief history of focused ultrasound (FUS) and quick explanation of how it works.

JF: FUS uses highly-targeted sound waves that are directed on the area of interest, where a pre-determined level of therapeutic heat is generated. It's like using a magnifying glass to focus sunlight, except the energy source is sound. The focal point is very precise, with no damage to adjacent or intervening tissue; the focal point can be varied in size, depending on the desired therapeutic effect. The potential of FUS has been understood since the 1940s, and clinical trials were conducted in the 1950s, but it wasn't until the rapid growth in imaging technology -- such as ultrasound and MR in the 1980s and 1990s -- that interest in FUS grew rapidly too. Using diagnostic imaging to target the FUS beam is the standard practice in virtually all therapeutic applications today.

HCBN: What's the mission of the Focused Ultrasound Foundation?

JF: The Foundation believes that FUS - a non-invasive therapeutic technology - could transform the treatment of many medical disorders by serving as an alternative or adjunct to surgery and radiation. The Foundation was created to help accelerate the development and adoption of FUS technology and thus improve the lives of potentially millions of people with serious medical disorders. And we are the only medical research foundation that supports advancement of a technology, in contrast to most which focus on a specific disease, such as the Prostate Cancer Foundation.

HCBN: Is FUS approved by the FDA for any therapeutic uses to-date?

JF: Yes, it's currently approved for the treatment of uterine fibroids, and pain due to bone metastasis - and at the end of July the FDA will be taking a look at FUS as a treatment option for prostate cancer. On top of that, the potential number of therapeutic uses on the horizon for FUS is tremendous. Most people think of FUS as a tool for generating heat, something like a heat-ray to kill cancer cells or ablate unwanted areas. But FUS can also produce non-thermal effects in tissue. As an example, FUS can temporarily disrupt membranes or biological barriers (such as the blood-brain barrier) to make them more permeable to enhance the delivery of drugs, say in Alzheimer's patients for instance.
1(current)
2