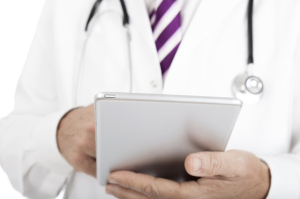 A recent study from MeriTalk, a partnership of public and private interests focused on improving the outcomes of health and government IT, suggests that health care providers are turning their attention toward the same common EMR goals. Hospitals can see the benefits of interoperable record systems, interactive databases, and the proliferation of meaningful data for use in pattern recognition, more efficient treatment, reduced costs, and improved security.

While that common interest represents a meaningful and promising shift, most hospitals still count themselves as unprepared for the full realization of that goal. Of the 151 hospital IT decision makers included in the report, 96 percent said their facility's infrastructure is not prepared to be where they want to be.

The study, "FutureCare: Cloud, Big Data, Mobile, and Social Optimize the EMR," looks at the technological shift through the lens of the four specific items outlined in the title.

Two-thirds of health care providers included in the survey are currently utilizing the cloud in some capacity. The cloud can be useful as a large depository for information that can be accessed over an online network. Forty-nine percent are utilizing private models while 35 percent are using hybrid private-public models.

Fifty-four percent of the organizations surveyed are using social in conjunction with EMR to facilitate secure collaboration. Many of them are also using social platforms to communicate with patients about medication and appointment follow-ups too, as well as collecting patient statistics and clinical data from wearable technology.

Moving in the right direction

In the interest of reducing that sense of unpreparedness among providers, health IT leaders expect 2015 spending to increase in all four of those areas. For the press release announcing their study, MeriTalk included some insider perspectives.

According to MeriTalk, health care providers anticipate an overall savings of $23.4 billion dollars by 2016 by focusing on the four key elements they outline in their study.