Carestream's PACS to be used by U.S. Navy 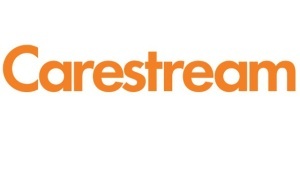 Carestream has received clearance to provide their Vue Picture Archiving and Communications System (PACS) to U.S. Navy medical facilities around the world, the company announced Tuesday.

Although security testing of new systems is typically performed in a traditional lab atmosphere, Carestream's Vue was tested in what the company called "an extremely complex environment" at a large department of defense hospital — a facility that performs over 300,000 radiological exams per year.

Having received an official authorization to operate (ATO) from the Department of Defense's Information Assurance Certification and Accreditation Process (DIACAP), Carestream's system will support the U.S. Navy's health network with multi-site access to diagnostic exams and the ability to share radiology information to help inform physicians toward better treatment plans.

Utilizing Carestream's Vue PACS will offer the Navy the same benefits other hospital care facilities have found with PACS systems — a single platform from which to read medical images. Carestream describes the system as a web-enabled platform that integrates smoothly with complex environments.

Carestream's X-ray products and health care IT systems are also used by the U.S. Government's Veterans Integrated Service Networks, the U.S. Army and U.S. Air Force, as well as by many foreign governments around the world.