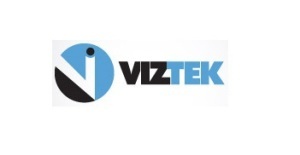 Could Viztek's Exa PACS mean for radiology what smartphones have meant to society at large? According to Steve Deaton, the company's vice president, they both, "dramatically redefined the acceptable technology standard."

After building up industry interest at the 100th meeting of the RSNA, Viztek announced yesterday that their full-featured diagnostic viewing system, Exa picture archiving communications system (PACS), has been approved by the FDA for use in the U.S.

"The accessibility of this product is profound – like nothing else on the market," said Deaton in an e-mail to DOTmed, adding, "we look forward to seeing how the market develops, since it removes all current common roadblocks."

One of those roadblocks had been required local programming. Viztek said they were the first company to license zero-footprint technology, which means the system operates entirely though a web browser. It requires no plug-ins and is compatible with all devices and operating systems.

With server-side rendering, the Exa system allows physicians to obtain and review relevant images without being bogged down by the loading process of large, auto-routed files. That means a more streamlined workflow for the physicians, allowing them to interpret studies and provide diagnoses faster. It also means the system does not require an ultra-fast internet connection.

The system works in tandem with Viztek's Exa EHR, which bundles all the essential components of radiology workflow into a single solution, including practice management, billing, order entry, radiology report, and patient portals.