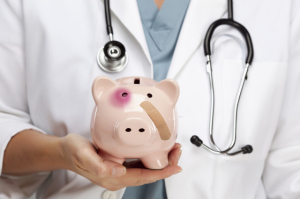 EHR manufacturer, MedInformatix, has joined Vestrum Health in the interest of making big data profitable for end-users. By selling medical data stripped of personalized information, the companies are breaking into a revenue stream previously dominated by insurance companies.

"Any time a physician files a claim with an insurance company, the insurer turns around and sells everything on that claim to the pharmaceutical industry; your age, where you're from, what your diagnosis was, what procedures were done, and what medications were prescribed," said Anderson.

The monetizing of that data is nothing new. What is new, according to Anderson, is the opportunity for physicians to profit from it.

Some big EHRs are already marketing that data themselves — and at no profit to the physicians who use their systems, said Anderson. Others provide the physicians with free EHRs and then take the data as payment.

Vestrum now counts MedInformatix among the EHR vendors who partner with them to create a single data aggregate which can be sold to the financial industry at a price that Anderson said is meaningful enough to make a positive impact in end-user finances.

"It's a new approach to an old industry, and making it benefit all the players in the health care game," said Anderson.