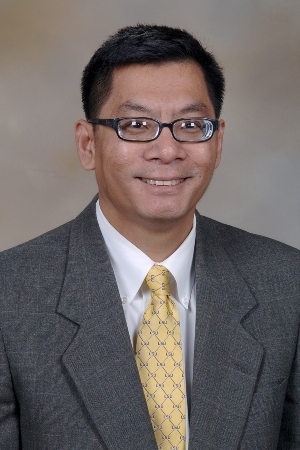 When a breast cancer patient showed up after mastectomy surgery who had not undergone recommended post-op radiation treatment, cancer surgeon Quyen Chu, M.D., MBA & FACS wondered why. Radiation treatment following such surgery is the standard of care for such patients. The patient, who had been referred from outside his program at Feist-Weiller Cancer Center at LSU Health in Shreveport, LA gave a surprising answer.

“She said no one told her,” Dr. Chu told DOTmed. “Sometimes we’ll spend up to a $100,000 to add a month or two to a cancer patient’s life, but the thought occurred to me maybe we need to communicate better, which we can do for little cost.” To find out how widespread this problem might be, Dr. Chu and his team reviewed 57,000 patient records from the Center on Cancer (COC) database. The COC, which is an initiative of the American College of Surgeons, has approximately 1,200 member hospitals.

“My initial suspicion was that compliance would be high,” said Dr. Chu. But the results of the data study revealed that more than a third of N2 and N3 post-op breast mastectomy patients did not receive follow-up radiation.

“I was very surprised by what we found,” Dr. Chu added. He said that he is unsure if patients refused the treatment or if it is due to a lack of awareness. There did appear to be a correlation between whether the patients received chemotherapy first, as women who had were over five times more likely to receive post-op radiation treatment. However, there was no correlation between factors such as socio-economics, health insurance coverage, geographic location or comorbid diseases to explain the lack of follow-up radiation.

“I was also surprised,” said Douglas Rock, M.D. a radiation oncologist at St. Mary’s Medical Center in Grand Junction, CO, a regional facility which serves a large rural area in the Four Corners area of the southwest. He said patients travel as far away as 250 miles for radiation treatment and possibly the distance could be a barrier, if anything. “My sense is our compliance rate is very good, but I think it would be interesting to look at in light of this study.”

As a result of the study, Dr. Chu said that the COC is working on protocols that will require member hospitals to increase post-op radiation compliance to a minimum of 90 percent.