Interoperability may reduce medical errors but there is a lack of interoperable devices: survey 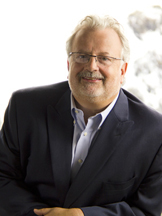 The survey interviewed 526 nurses from January 7 to 16 who work full-time in a non-school setting. Based on the findings, the lack of interoperability is a big problem — half of the nurses reported that they witnessed a medical error because of it.

Many of those medical errors are a result of manual data entry — almost half of the nurses stated that an error is extremely or very likely to happen when data must be manually transcribed from one device to another. In addition, transcribing all of that data is very time-consuming — more than two out of three of the nurses believe that transcribing is very likely to take time away from patients who need attention.

West Health Institute conducted an analysis last March that found that interoperable devices could save the health care system over $30 billion annually. But a recent HIMSS Analytics report that found that 90 percent of hospitals interviewed use six or more kinds of medical devices that can be integrated with EHRs, but only about a third actually integrate the technology.

“As a result, those leading hospitals trying to solve this issue and capture and integrate device-based data have largely contracted with third parties to make the bridging hardware and software solutions,” he explained. “The results are awkward one-off solutions being replicated in different hospitals in different ways.”

To solve this, Smith thinks we need a more “holistic, extensible, generalizable solution that will enable a form of medical interoperability.”