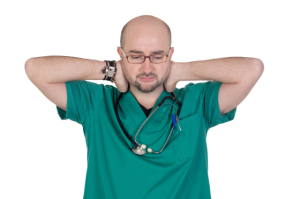 Many health care organizations did not take full advantage of the ICD-10 delay and now providers are falling further behind, according to a new survey conducted by the Workgroup for Electronic Data Interchange (WEDI). The organization sent a letter to Health and Human Services Secretary Sylvia Mathews Burwell explaining this concern.

The survey found that only one-quarter of the providers have started external testing and only a few others have finished this step already, which is a decrease from the one-third of providers in the August survey. Furthermore, more than one-quarter of them don’t expect to start testing until the second or third quarter of this year, and over one-third responded "unknown" to that question.

On the vendor side, about 60 percent said that they have products available or they began customer testing, which is a decrease from two-thirds in the August survey. However, only a handful responded ‘unknown’ compared to one-eighth.

The health plans are doing slightly better — over half of them have started external testing and a few have even completed testing, which is a small step up from the last survey.

Over half of the providers, vendors and health plans cited uncertainty around additional delays as one of the main hurdles to implementation. The WEDI letter to Burwell explained that industry claims processes on October 1, 2015 will experience major disruption unless all industry segments “make a dedicated and aggressive effort to move forward with implementation efforts in the next few months.”