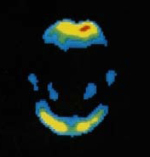 The American College of Radiology (ACR) and the Alzheimer's Association announced on Thursday a new four-year research study to determine the value of beta-amyloid imaging in diagnosing and treating Alzheimer’s disease and other dementias.

Titled “Imaging Dementia - Evidence for Amyloid Scanning (IDEAS)”, the study has an estimated budget of $100 million and will enroll 18,488 patients age 65 and older over 24 months at roughly 200 sites throughout the U.S., according to a news release from the ACR. The study participants, who must meet appropriate use criteria developed by the Alzheimer's Association and the Society of Nuclear Medicine and Molecular Imaging, will be placed into either a subgroup for progressive, unexplained mild cognitive impairment or a subgroup for dementia of uncertain cause.

The study has two goals. The first goal is to assess the impact that amyloid PET imaging has on the short-term management of patients who meet the appropriate use criteria. Changes in management include patients using Alzheimer's or other drug therapy and receiving counseling about safety and future planning earlier. The study will also compare patients enrolled in the study to a cohort of patients who have never undergone amyloid PET imaging to see whether the patients who underwent imaging have fewer hospitalizations and emergency room visits.

Imaging can determine whether a patient might have Alzheimer’s disease or other cognitive issues, such as frontotemporal dementia, which can be clinically difficult to distinguish from Alzheimer’s, but usually does not include buildup of beta-amyloid plaque.

“Presumably, if patients with dementia or mild cognitive impairment are properly managed, with proper drug therapy and counseling about risk avoidance, they will have fewer hospitalizations,” Dr. Barry Siegel, the lead radiologist on the IDEAS study, who serves as a professor of radiology and medicine and the director of nuclear medicine at Washington University in St. Louis, told DOTmed News. “The principal goal is to demonstrate that the use of this imaging test is leading to improved outcomes for these patients.”

The announcement of the study comes nearly two years after the Centers for Medicare and Medicaid Services said there was insufficient evidence to conclude that PET scans to detect amyloid plaque in the brain improve health outcomes for Medicare beneficiaries with Alzheimer’s and related dementia. The CMS decision allowed for reimbursement of one PET scan to rule out Alzheimer’s disease, but only for patients enrolled in clinical trials under what is known as a coverage with evidence development program.
1(current)
2