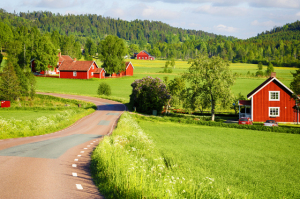 Tom Wolters — who was one of four witnesses to testify from rural hospitals in Kansas, Missouri, Mississippi, and Washington state — manages reimbursement for two rural Missouri hospitals and cited several factors detrimental to rural hospital viability.

“Rural hospitals do face many challenges. The four challenges I would like to highlight regarding rural hospitals are patient volumes, Medicare utilization, the cumulative impact of Medicare reimbursement cuts and the increasingly complex regulatory environment in which we operate,” Wolters told the subcommittee.

He noted that Medicare does not reimburse as well as commercial insurance — which is more prevalent in urban hospitals — and also said gathering the data and paperwork necessary for proper reimbursement is a time-consuming task big enough to keep vital members of the workforce occupied when their time could be better utilized helping with patients.

According to the National Rural Health Association (NRHA), rural facilities contend with a number of unique challenges when compared to urban facilities. Among them are: A shortage of doctors and dentists; lower household income; higher motor vehicle death and suicide rates; higher rates of improperly managed and treated hypertension and heart attack; and higher alcohol and tobacco abuse among teenagers.

Maggie Elehwany, vice president of Government Affairs and Policy for NRHA, noted that 51 rural hospitals have closed since January 2010 because of several reductions in Medicare reimbursement. She said that while the NRHA supports the goal of expanded health insurance under the Affordable Care Act (ACA), the cuts in Medicare under the ACA - as well as states not opting to expand Medicaid permitted under the 2012 Supreme Court decision - contribute to the financial stress.

“We worked with Tim and the other members, as well as Senate members to tell our story at the hearing. Forty percent of rural hospitals are operating at a loss,” Elehwany told DOTmed News. “Current policy is creating medical deserts in rural areas across America.”

In his comments, Wolters cited three programs that Congress has renewed or extended to stabilize rural hospital funding. These include: The just recently passed Medicare Access and CHIP Act of 2015 to eliminate the ongoing annual threat of Medicare payment reductions to doctors; the 30-month extension of the Medicare low-volume and dependent hospitals payment programs; and a six-month delay preventing post-payment review under the 2-midnight program which governs patients' observation status.