Surgical robotic device market to grow over 600 percent by 2021 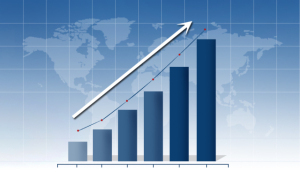 The global surgical robotic device market is expected to grow from $3.2 billion in 2014 to $20 billion by 2021, according to a recent report from WinterGreen Research. The report predicts that in the near future, robotic devices either replace or complement all open surgical procedures.

In this new era of value-based care, hospitals are measured by patient outcomes. Because of that, there is a greater demand for robotic surgical techniques to reduce the length of patient stays and foster better cost management.

Robotic-assisted surgery provides surgeons with more control over the surgical instruments and a better view of the surgical site, according to the report. The surgeons no longer have to stand during a procedure and computer software compensates for any hand tremors.

Intuitive Surgical is taking the lead in the market with its da Vinci Surgical System. In the U.S., the company has market saturation in colorectal surgery and is working on growing its presence in other sectors.

It will be a challenge for competitors to surpass Intuitive Surgical since it’s continually improving its technology and making it hard for others to catch up, according to the report. But the other leading companies in the market will grow through acquiring smaller companies with FDA-approved specialized products.

There are a number of exciting, new technologies breaking into the market. The authors referred to Accuray’s radiation systems as possibly the most exciting technology ever offered to any market. Its CyberKnife Robotic Radiosurgery System is recognized internationally as the premier radiosurgery system.

Medrobotics’s Flex System is a surgical endoscopy device designed with snake-like abilities. It’s composed of a series of mechanical linkages that can be changed from a rigid to limp state, which enables surgeons to access parts of the body that were either difficult or impossible to reach before.

The report authors are confident that robotic surgery is positioned to become the standard of care. They foresee a group of the leading companies in the market eventually driving the replacement of all open surgery procedures.