GE increases Hungarian footprint with an eye on big data 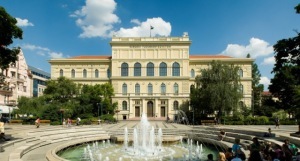 University of Szeged
An announcement made today by GE Healthcare outlines plans to ramp up its presence in Hungary to generate new momentum in the development of technologies that will improve efficiency in health care while also supporting the diagnosis of life-threatening disease.

GE's IT Centre of Excellence in Szeged, Hungary currently supports 20 software engineers, but after the planned expansion that number will double to 40. Among other things, the engineers will play an important role in the development of GE's Predix — a software platform that will connect people, data, and machines over the Industrial Internet.

"Software has enormous potential to address some of the world's biggest challenges in health care," said Tamas Vamos, managing director of GE Healthcare Hungary, in a statement. "Our investment in the team in Szeged is a great milestone and demonstrates our commitment to innovation and excellence in health care IT."

GE and the University of Szeged have enjoyed a long relationship of collaboration. At RSNA 2014 the partnership unveiled a new imaging platform called Hepatic VCAR, which is used for assessing liver lesions with post-processing CT analysis.

"In Hungary we have established outstanding teams of software engineers; today, one in four patients worldwide is diagnosed using imaging software that was developed by our teams here," continued Vamos. This new investment is expected to only enhance that relationship.