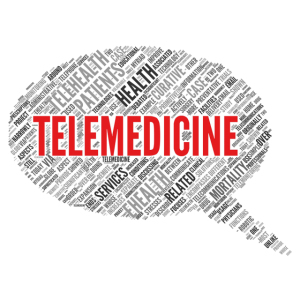 Despite research indicating telemedicine can improve patient outcomes and generate up to $6 billion a year in health care savings, a new study found that Medicare spending on telemedicine consults averages less than a dime per member, per month.

“Medicare began reimbursing for some telemed consults more than 15 years ago,” Charles Doarn a research professor in the Department of Family and Community Medicine at the University of Cincinnati College of Medicine told DOTmed News. He is also a special assistant to the NASA Chief Medical Officer, where he supports the Chief Health and Medical Officer at NASA Headquarters (Washington DC) in medical policy. NASA uses telemedicine to support astronauts through a link to the ground in addition to onboard medical systems. “It’s ironic to me that a technology developed for astronauts is still not widely adopted here on Earth.”

In a study Doarn co-authored with Dr. Jonathan Neufeld of the Upper Midwest Telehealth Resource Center, Terre Haute, Indiana, they looked at state-by-state spending from 2012 on two-way video/audio as a means for doctors to conduct patient exams. Their findings — which will be published next month in the Journal of Telemedicine and e-Health — suggest that the average spending amounted to just $5 million a year out of a total budget that was nearly $5 billion.

“I think the reason is that Medicare policy has not kept pace with the technology,” said Doarn, who also disclosed that he is an editor for the journal in which the study will appear. “Telemed is not going to solve all medical problems, but it’s a good tool that should be expanded.”

Although the study states that the technology has been treated more or less like a pilot program for the past 20 years, there are indications that it is verged for wider adoption by Medicare.

He noted that the Veterans Administration was authorized to expand wider use of telemedicine across state lines to support its patient consults. However, there are challenges with telemed consults across state lines related to doctor medical privileging – such as the limits just put into place in Texas - that need to be addressed. But Doarn said that the growing shortage of doctors and nurses would likely spur the use of telemedicine.

In the study, South Dakota ranked number one in billing and being reimbursed by Medicare for telemedicine services, highlighting that it is a good solution in rural, remote areas with fewer health care providers. Doarn noted that Avera Health in South Dakota has created a telemed network of hundreds of hospitals across the Midwest and plains states. The five highest-billing codes noted in the study for telemed services were for psychiatry, nurse practitioner, physician assistant, clinical psychologist, and family practice services.

In 2014, consulting group Towers Watson found in a survey/analysis that telemed services could save U.S. companies $6 billion annually in health care costs, and estimated there would be a 68 percent increase in 2015 in its use. As reported by DOTmed News last month, a U.C. Davis study found that pediatric rural ER telemed consults saved nearly $5,000 a case.

And in a study published in September 2014 in Telemedicine and e-Health, a team of nearly 25 physicians and medical academics reviewed published literature. They found that death rates from chronic heart failure dropped between 15 to 56 percent for patients who received telemedicine monitoring.